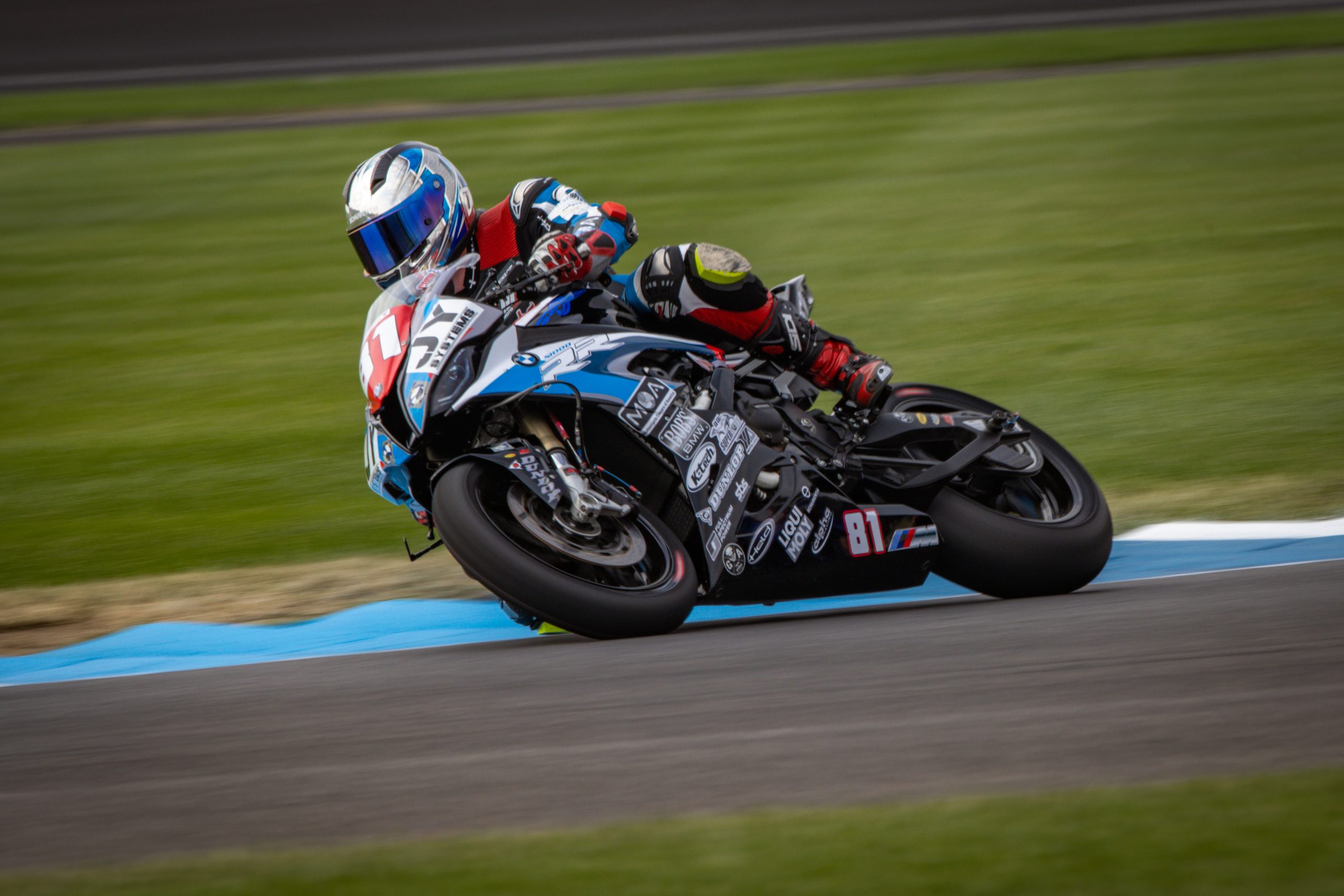 Jeremy Cook (No. 81) plans to race at every round of the MotoAmerica Stock 1000 Championship in 2021.
Photo credit: BrockImaging
Click here to download a high-resolution versions of photos included in this press release

PASADENA, Md. — Jeremy Cook kicks off his first full professional road racing season this weekend at MotoAmerica’s Superbikes at Atlanta round, and his long-time sponsor, Bob’s BMW, is set to be Cook’s team’s title sponsor for the 2021 MotoAmerica season. The Maryland BMW motorcycle dealership has supported Cook’s racing career for more than a decade, and its increased level of support will allow Cook to contest the full MotoAmerica Stock 1000 Championship this year.

Cook, who competed in his first MotoAmerica race in 2015 and has more than a dozen pro road races under his belt, will race a 2020 BMW S 1000 RR at all nine of this season’s scheduled MotoAmerica rounds. The Pasadena, Md., resident started racing BMW motorcycles in 2010 after he purchased his first BMW S 1000 RR from Bob’s BMW.

“As I look ahead to a year of crisscrossing the country to race against some of the most talented road racers in North America, I can’t help but think about my first customer experience at Bob’s BMW,” Cook said. “If it wasn’t for the exceptional customer service Bob’s staff showed me when I bought that first S 1000 RR, I probably wouldn’t be pursuing my racing career this vigorously. I can’t thank the ownership and staff at Bob’s enough for their generous support over the last 11 years. The dealership’s employees are like family to me, and I feel very fortunate to have them in my corner.”

Located in Jessup, Md., Bob’s BMW was founded in 1981 by Bob Henig and has grown to be one of the most respected BMW motorcycle dealerships in North America. The dealership has won several awards for overall dealer excellence, customer satisfaction, and community service, and prides itself on providing customers with an experience that exceeds expectations.

To learn more about Bob’s BMW, visit its website at www.bobsbmw.com or stop by the dealership, located at 10720 Guildford Road, Jessup, MD 20794.

For the MotoAmerica Superbikes at Atlanta round, there are two Stock 1000 races on the schedule. Both races will be broadcast live on MotoAmerica’s streaming platform, MotoAmerica Live+. To learn more about MotoAmerica Live+ and watch Cook compete against the nation’s top motorcycle road racers, visit www.motoamericaliveplus.com.

This press release has been prepared by Marino Communications on behalf of Bob’s BMW Jeremy Cook Racing. If you would like more information about this topic, please contact Michael Marino at 614.636.0199 or michael@marinocommunications.com