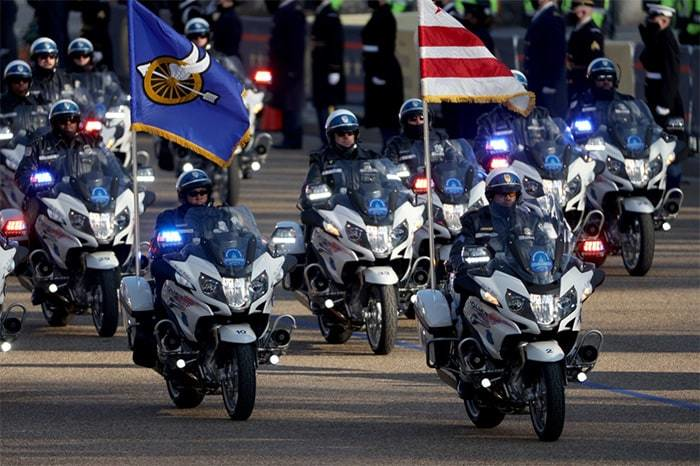 A Message from BMW Motorrad NA:

This Wednesday’s U.S. Presidential Inauguration featured many different notable figures from President Joe Biden, to Vice President Kamala Harris, poet laureate Amanda Gorman and musical artist Lady Gaga to name a few. But perhaps one of the most unexpected attendees, especially for the BMW Group, was the fleet of BMW R 1250 RT-P Motorcycles leading the presidential Inauguration Parade.

The ceremony began with the Metropolitan Police Department of Washington, D.C. riding 22 R 1250 RT-P bikes from Bob’s BMW Motorcycles. The dealership, located in Maryland just outside of Washington D.C., had been working with the police department since June 2020 to fulfill the order which represented the first time the department moved away from competitor Harley-Davidson. 10 customer flag pole holders were also fabricated by the dealership and put to the test on a cold and windy day.

Thanks to Bob’s BMW Motorcycles in making this happen! BMW Motorrad is appreciative of being able to participate in such a historic moment.