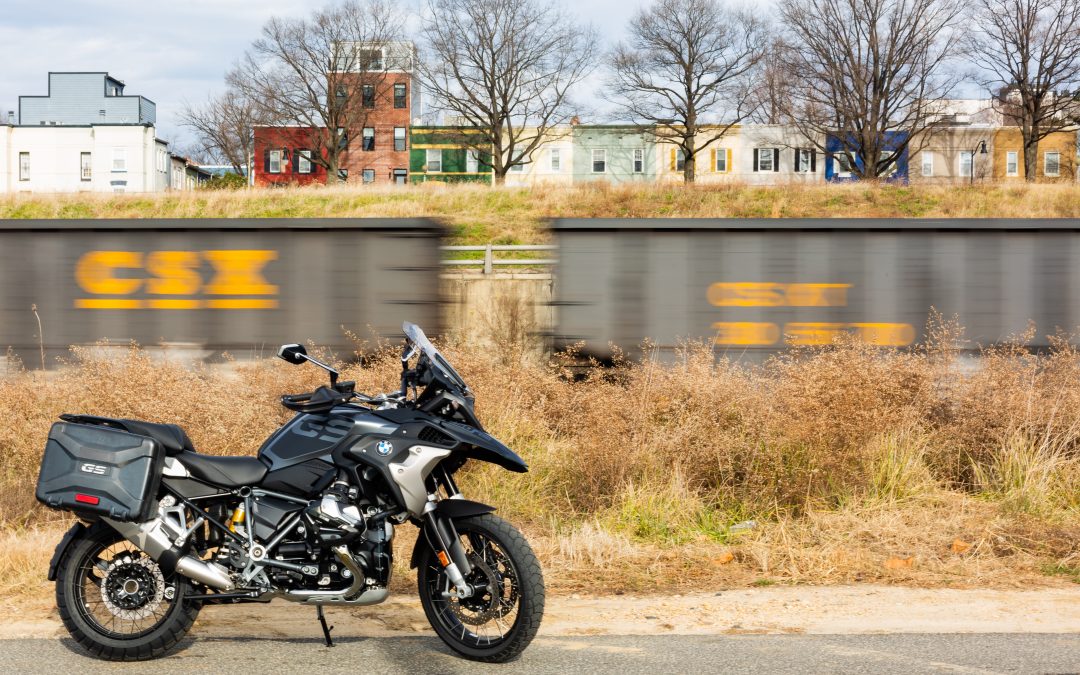 Of all the bikes that BMW makes the boxer-powered GS has attracted a near cult-like following and for good reason. The GS is a perfect example of versatility. You can cover expansive distances on asphalt or arduous terrain covered in dirt and gravel. With each new generation of the bike, BMW somehow manages to take an already brilliant bike and finds a way to improve upon it. The 2021 R1250GS shows exactly that, a refinement upon perfection. 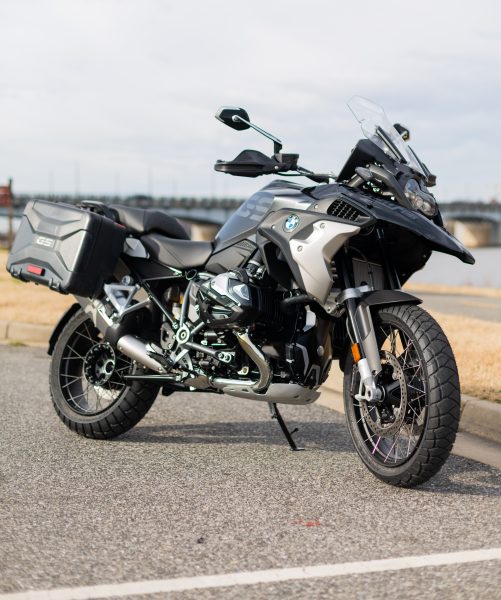 In my 6 years of riding I’ve experienced most bikes in the GS lineup. From 650 singles and 700 Twins to Hexhead/water-boxer 1200s and the 850GS I currently own, I have a fair amount of seat time with the GS series. BMW’s R1200GS model engine really set a benchmark for the category of big bore ADV machines. The water-cooled twin pushes out aggressive torque with incredible smoothness without the agricultural nature of the oil cooled models. It also upped the ante with more advanced ride modes and varying degrees of traction control. The 1250 engine has really taken things to the next level. With the addition of variable valve timing known as Shiftcam, the engine has gained about 10 horsepower while growing even smoother. Shiftcam is essentially a two-stage cam lobe, shifting from minimal valve lift in the low end to a high lift profile in the upper rev ranges. This creates much more responsive and tractable power in the low end while giving a top end rush of power above 5,000 rpm. The difference was markedly noticeable while navigating through stop and go traffic. With a featherweight twist of the throttle the bike glides along and throttle inputs in Dynamic Mode feel organically connected to the intensity of input. Eager hands beware, as it’s exceptionally easy to send the front wheel airborne (yes even with traction control on). Once up to speed, the bike cruises on the highway unlike any boxer I’ve ridden before. Anyone familiar knows that the boxer is known for glassy smoothness while laying down highway miles, but the 1250 engine barely even feels like its running at 70mph! But rest assured, if you need a sudden burst of power to make an evasive maneuver there’s enough power on tap to leap forward and get out of dodge. Without any shaft jacking or lateral torque transfer like the boxers of old, this engine sets a precedent for refined power.

With all this power at hand, it’s only right to have a suspension method that’s up to the task. One of the reasons I’ve always loved the 1200s is the Tele-lever suspension. Instead of telescopic forks, the front end utilizes a singular shock coil in an A-Frame type linkage. This suspension has been a staple in all of the R bikes since the mid 90’s, but the 1250 handles better than ever. With fully electronic suspension in both the front and rear the bike is making thousands of calculations a minute to adjust both dampening and rebound on the fly. It’s even able to compensate for additional luggage or a passenger on the back with no manual alterations required. While riding through the twists and turns of Rock Creek Parkway in Washington, DC the bike feels as though there’s a magnet holding it to the ground. In both graceful sweepers and tight curves it gripped the road with steadfast certainty. And when the asphalt grew uneven the GS floated overtop completely unbothered. 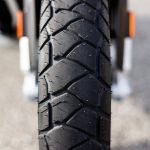 I’m also pleased to see the new 1250’s coming equipped with the Michelin Anakee Adventure tires. The 19-inch front wheel has always struck the perfect balance between on-road performance and overcoming obstacles. The 70/30 tread pattern of the Anakee handles like a confidently inspired set of street rubber, yet the deep grooves and blocky tread pattern shows promise for a foray into the dirt.

Mechanical innovation isn’t the only new addition found in the 1250GS. The TFT dash opens up an incredible amount of new functionality to the bike. The amount of ride modes are now up to seven, from a fuel efficient Eco mode to the tire shredding torque of Dynamic Pro. The rider is now able to dial in which modes to keep on tap and even allows calibration of each individual aspect of the mode. With the wonder wheel, it’s possible to adjust the amount of ABS and Traction Control independently to create a custom profile that best fits your riding style. The bike status menu in the dash also keeps tabs on critical information, telling you how far over or under your tire pressure is in relation to spec for your current load. My favorite feature by far is the TFT integration with smartphones and helmet Bluetooth systems. With all three devices linked together the bike will display whatever music is playing inside your helmet with album art and all. To change songs all you need to do is jog the wonder wheel to the right, no more taking your hand off the bars to hit skip. The smartphone integration also brings some engaging ride tracking tools to the table. With the Ride Connected app you can keep tabs on ride stats such as maximum lean angle, acceleration in G force, and even geotag photos along the completed ride route.

While most of the features on the 2021 R1250 have already been out for about a year or two, there are some new additions to this model year that have finally carried over from BMW’s 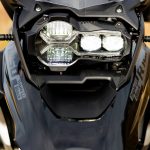 touring models. The biggest change is the corner adaptive headlight from the K1600 series. This incredible safety feature allows the headlights to turn with the bike as it leans through corners. Doing so keeps the road ahead better illuminated and helps avoid the dreaded outrunning of the light. With better visibility, the chance of encountering unexpected obstacles is greatly reduced. Those who ride through the winter months will be happy to hear that the 1250 has finally gained heated seats! After walking out to a frosty saddle on many a winter morning, I can say that I’ve been spoiled with the heated seat and it will be hard to go back to that cold seat on the 850. I’m also quite thrilled to see the return of the Triple Black color scheme in this model year. The jet black paintwork glistens in the sun, and is complimented wonderfully by the Option 719 parts on the engine. 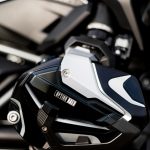 The number 719 carries some historical weight in Berlin. The number signifies specially machined and ornately crafted components that give the bike a gorgeous piece of adornment. The valve covers alone take more than half a day to create, and the efforts truly show in the stepped ridges of shimmering silver and glistening black.

Out of all the boxer powered GS’ that have come out of Berlin, I personally think this is the most beautiful, capable and is certainly the most powerful. BMW has set a gold standard that the rest of the industry is taking note of.