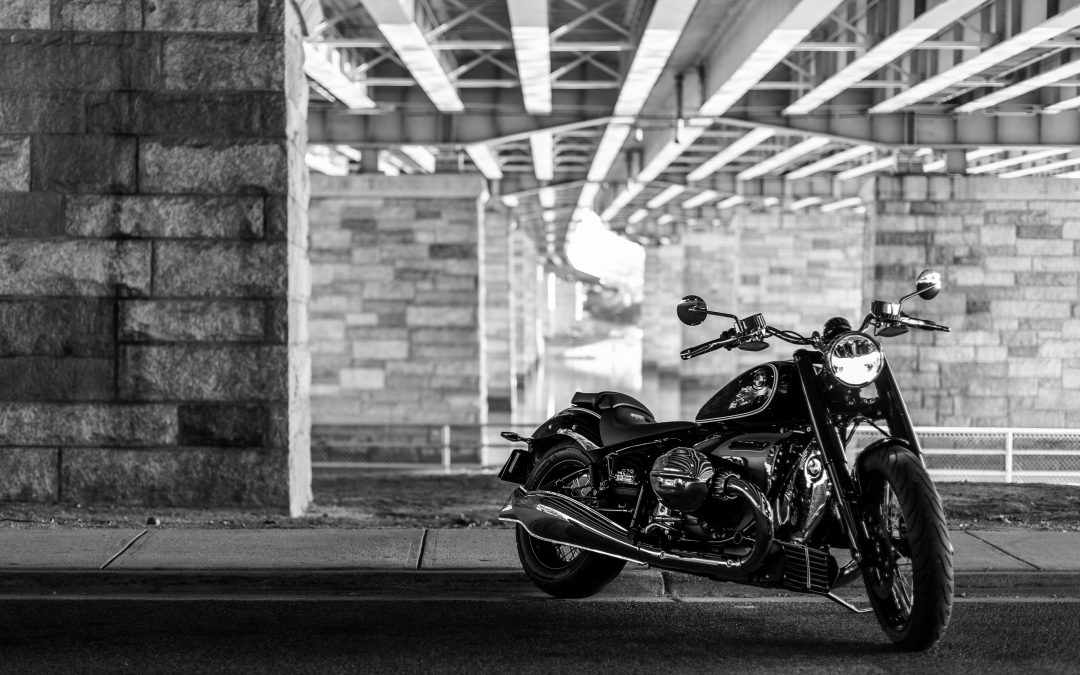 As the figurehead of the BMW brand, the boxer engine has made leaps and bounds in terms of innovation and refinement. From the humble beginnings of the R32 to the R1250GS, each iteration has gained performance, technological improvement, and the smoothness that the flat twin is known for. There has always been a market for the nostalgia of the original airhead, with its visceral and organic feel, but without the headache of tuning and maintaining  carburetors. The R18 has perfectly filled that gap in the Motorrad lineup, straddling the line between modernity and heritage.

From the moment you lay eyes on it the R18 may look completely foreign to a motorcycle bearing the blue and white roundel, but it actually harkens back to the Pre-War R5. The First Edition R18 is absolutely jaw dropping, with beaming chrome and a jet black tank adorned with white pin-striping. Throwing a leg over it is also a pleasant surprise for the vertically challenged as it’s 27 inch seat height is the lowest in the BMW lineup. Behind the bars is a view of the massive cylinder heads, which surprisingly are push rod actuated.

The bike, as a whole, does a wonderful job of integrating old technology with modern innovation. It has an exposed drive shaft yet it is fuel injected and utilizes a single plate dry clutch but has ABS and traction control. The bike has a single gauge speedometer showing a digital tachometer in an LCD read out and I didn’t find myself longing for anything beyond it. The sparse layout in front of the handlebars gives you a much more stripped down riding experience with nothing to focus on but the road ahead.

Firing the bike up is an extraordinary departure from the traditional fuel injected boxer engine. With a flick of the starter the engine rumbles to life as the massive pistons make their nearly four inch stroke. The entire bike comes alive with an eager vibration, as if the bike is raring to leap forward. Gone is the agricultural clunk from the gearboxes of old when the R18 gets rolling, as it smoothly slips into gear. The bike pulls away effortlessly as the single plate dry clutch gives instant bite and responsiveness. Riding the R18 feels like dancing the waltz with a pugilist. Rolling along the engine is hardly breaking a sweat, even when its purring along at 70mph at 2500rpm. But as soon as you crack the throttle Dr. Jekyll becomes Mr. Hyde, as a brutish 118 ft lbs of torque rockets you forward with earth shaking intensity. The bike is an absolute riot off the line, like being propelled out of a slingshot. Although the power is immense, it isn’t obnoxiously loud. The bike is smooth when it wants to be but with an instantaneous snap of the throttle, you’ll be burning rubber. The fishtail exhaust contains the catalytic converter that tames the 1800cc into a muted roar, but rest assured the OEM option Vance & Hines slip on’s will unleash a raucous if you feel so inclined. When it comes time to bring the R18 to a stop, the brakes work with great efficacy and don’t jar you with a sharp engagement zone. 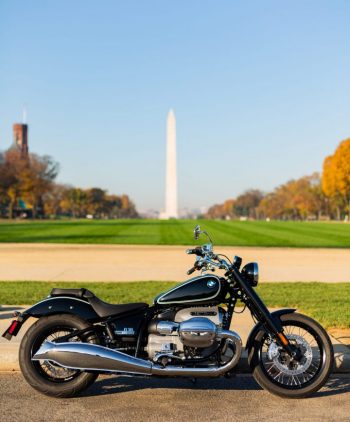 Riding the bike on the highway was one of the greatest surprises. Given the absence of any fairing I was expecting to be rattled with wind buffering. The ergonomics and geometry of the frame keep you low and out of the wind, but maintains that blissful sense of openness that only a naked bike can bring. With its long wheel base the R18 is also rock solid at speed, even with the turbulence of a passing semi truck. Getting off the freeway and into the city brought even more surprises. At 761 lb wet, one might think muscling the bike through Washington DC might be a challenge, but believe me when I say this bike is exceptionally light on its feet!

While rolling through the chicanes of Rock Creek Park, it became quite clear that this bike handles far below its weight class. This is thanks to the low center of gravity the flat twin is known for, as well as exceptionally taught and compliant suspension. Not once did I feel the bike buck or wallow through the turns, just point it where you want to go and the R18 feels like its on rails.

When the curves end and the traffic snarl begins the other benefit of the boxer becomes very apparent. Even with its 1.8 liters of displacement and no radiator in sight, not once did I feel the engine roasting me. Those enormous cylinders dissipate the heat with ease, aided by an oil cooler behind the front wheel.  Even the frequent urban rider will have an absolute blast on this bike and it will absolutely turn heads at every corner.

One of the first questions I heard when the R18 was first announced was, “who is this bike for?” I think this bike is for everyone! A GS rider can appreciate coming off their tall perch and enjoy its low slung stance. As a 6’3 rider of an F850GS, I was incredibly comfortable with the ergonomics and never felt cramped. A rider coming off a bike like the silky smooth K1600 will crack a smile when they feel the unabashed pull of a big twin. Even a rider of an S1000R will love that exhilarating rush that only a big bore engine with stump pulling torque can provide. And if you still don’t believe me, come take a test ride to see for yourself!